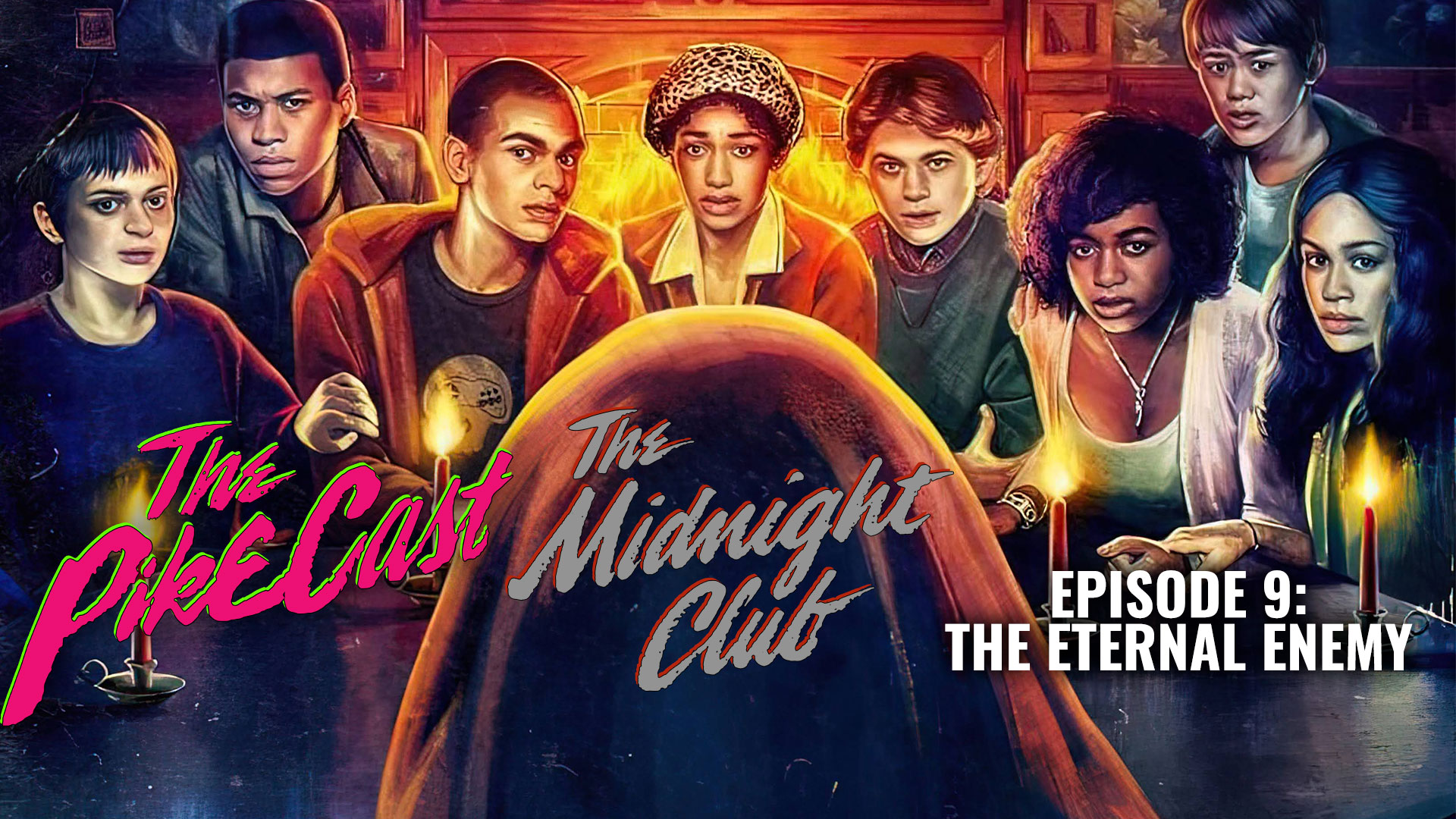 This time we're all angry.

The PikeCast continues their watchthrough of Netflix's The Midnight Club series by Mike Flanagan based on the works of Christopher Pike. This week is Episode 9: The Eternal Enemy.

Sandra is the one whose cancer has regressed, and Dr. Stanton tells her that her terminal diagnosis was an error. Kevin tells Ilonka that he's been sleepwalking to the secret floor ever since they found it and that he's been seeing the same visions and figures as her. They tell the other Midnight Club members but are met with skepticism, especially when Sandra confesses that she was the one who spoke to Spencer through Tristan's intercom. Disillusioned, Ilonka goes to Shasta, who reveals that she is Julia Jayne. At Midnight Club, Spencer tells a story about a college student whose VCR records news from the future. Ilonka sneaks Shasta and other female commune members into the building to do the ritual to heal Ilonka, but Ilonka is suspicious when the ritual is different from the one Shasta taught her. Dr. Stanton interrupts the ritual before it can be completed.