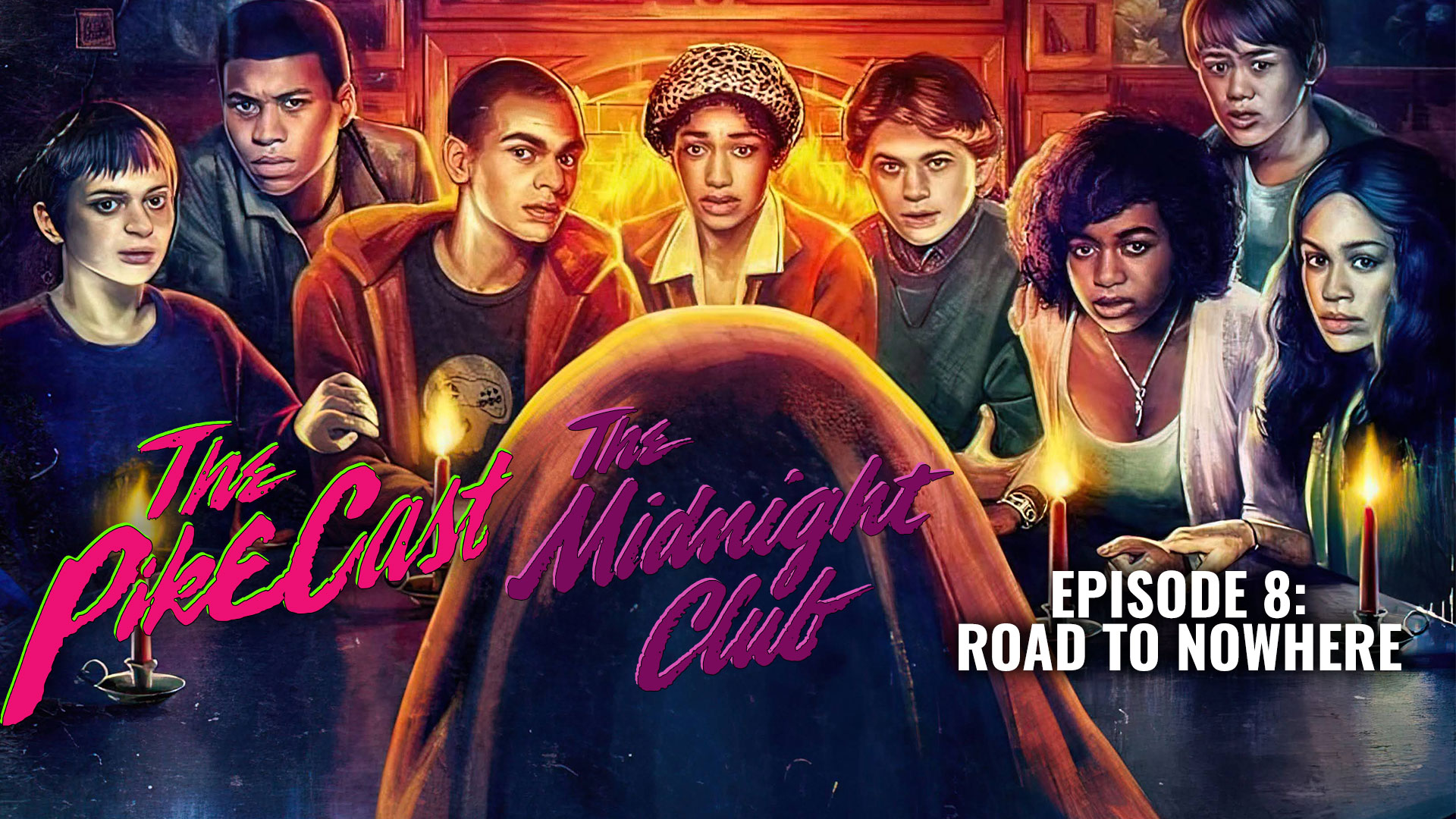 The PikeCast continues their watchthrough of Netflix's The Midnight Club series by Mike Flanagan based on the works of Christopher Pike. This week is Episode 8: Road to Nowhere

Ilonka confronts Dr. Stanton about what she overheard. Dr. Stanton swears her to secrecy, but Ilonka tells Kevin. Ilonka believes she's the one who's been cured by the ritual and tells Shasta, who invites her to join her commune. Spencer visits his mother to get closure on her disowning him for his sexuality. Midnight Club is canceled because Dr. Stanton locked the library. Natsuki, who is dating Amesh, tells him her planned Midnight Club story about a girl who gives a ride to a pair of hitchhikers. Ilonka goes to the building's secret floor where she sees the old woman; when Ilonka touches the old woman, the vision transforms into Kevin.