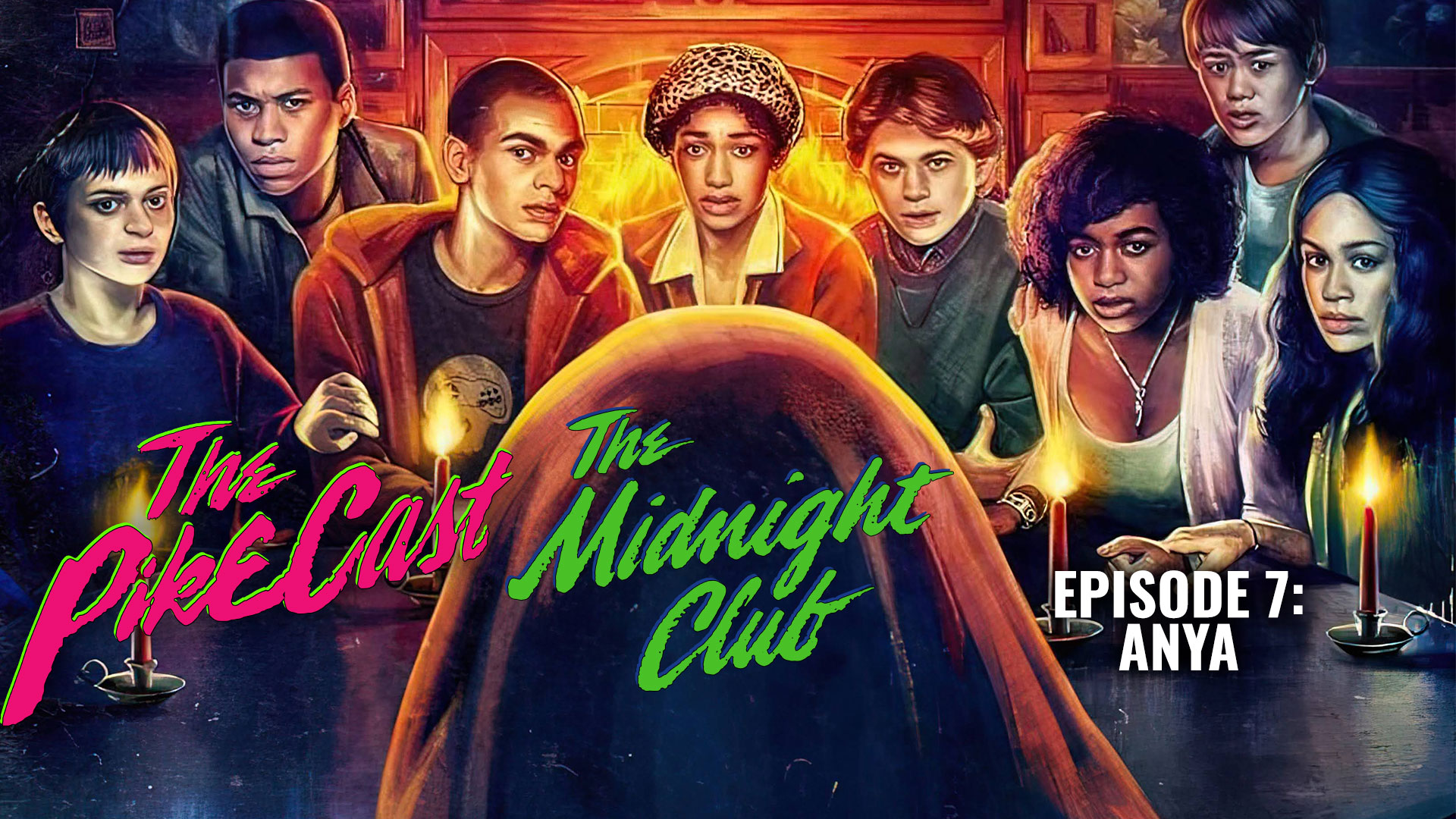 The PikeCast continues their watchthrough of Netflix's The Midnight Club series by Mike Flanagan based on the works of Christopher Pike. This week is Episode 7: Anya.

Dr. Stanton catches the club. The ritual was completed but Anya is in a coma, where she dreams that she healed and returned to society, but her life is empty and she outlived her friends. She realizes she's dreaming when she recognizes the dream as an amalgamation of the Midnight Club's stories. Anya can hear her friends' voices, and they tell her a story where all of them got better and lived out long lives together. Anya dies in her sleep. Shasta tells Ilonka that the ritual doesn't work every time. Dr. Stanton burns Athena's journal and debates whether to shut down the Midnight Club, which she has known about all along. Ilonka hears Dr. Stanton tell someone on the phone that one of her patients might not be terminal. Ilonka sees a ghostly old woman and man in her room, and the woman declares that she's “hungry”.