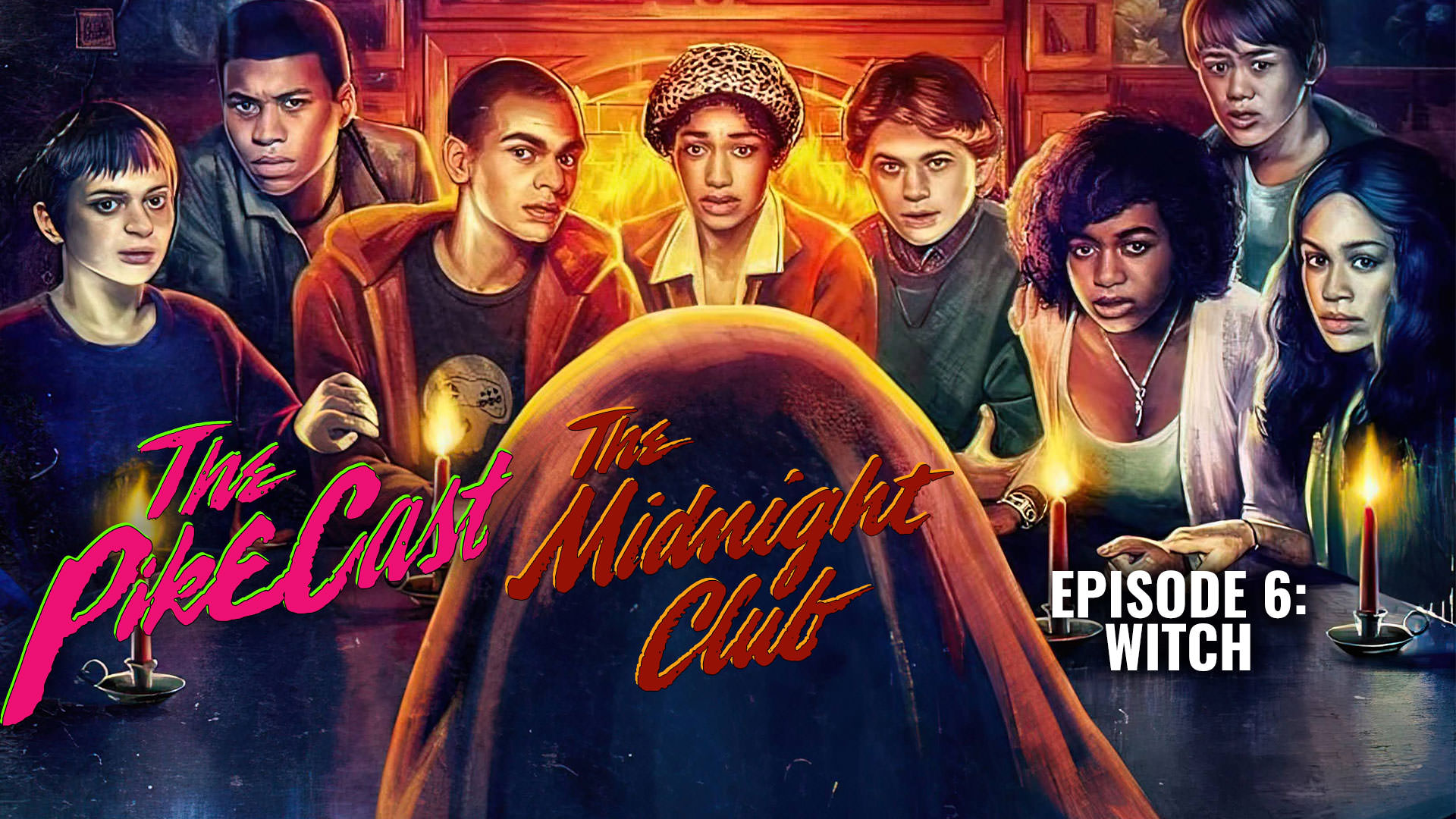 The PikeCast continues their watchthrough of Netflix's The Midnight Club series by Mike Flanagan based on the works of Christopher Pike. This week is Episode 6: Witch.

At Midnight Club, Kevin continues his story about the teenage serial killer, and Ilonka tells a story about a modern-day witch who tries to use magic to help her friends. Anya collapses again, but Ilonka refuses to accept her fate peacefully. Ilonka meets Shasta in the woods; Shasta reveals that she knows about the five-goddess worship and that the religion is much older than Paragon. Ilonka asks the Midnight Club to do a ritual following Shasta's instructions, and all of them participate.