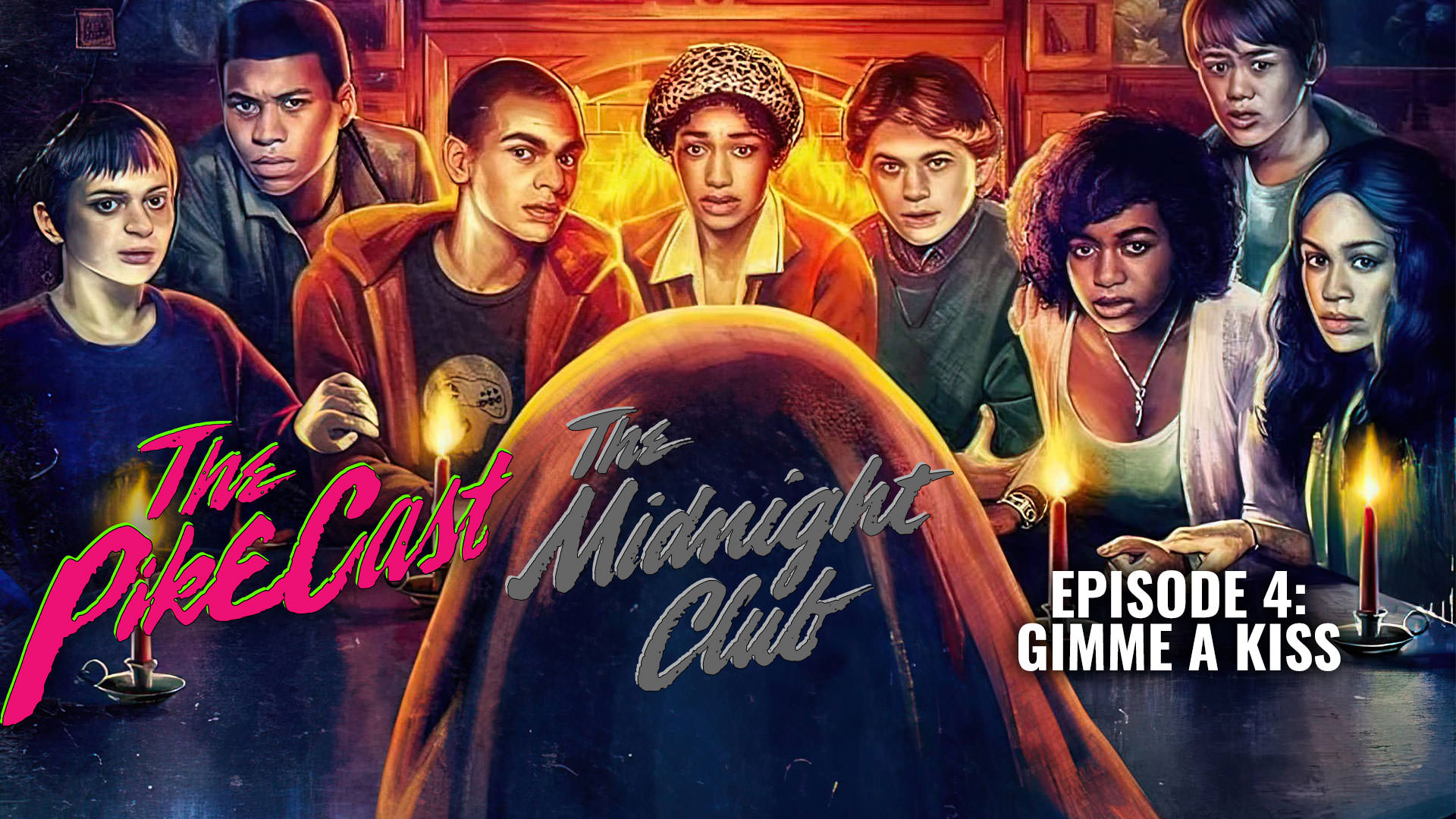 In which the big bad is….herpes.

The PikeCast continues their watchthrough of Netflix's The Midnight Club series by Mike Flanagan based on the works of Christopher Pike. This week is Episode 4: Gimme a Kiss.

Ilonka and Kevin bring the rest of the Midnight Club to the secret floor. They find records of the original Midnight Club, which was founded by Julia in 1969, as well as evidence of cultists. Ilonka meets Shasta again. Sandra, who is religious, and Spencer, who has AIDS, get into an argument but reconcile after Sandra apologizes through a detective noir story she tells at Midnight Club. Spencer hears a voice calling to him through the intercom at Tristan's old room. Kevin goes to his girlfriend Katherine's senior prom. Ilonka realizes that “292.13” refers to the Dewey Decimal System, and uses it to search the Brightcliffe library for a book with the symbol on it. Anya sees the shadow again and collapses.