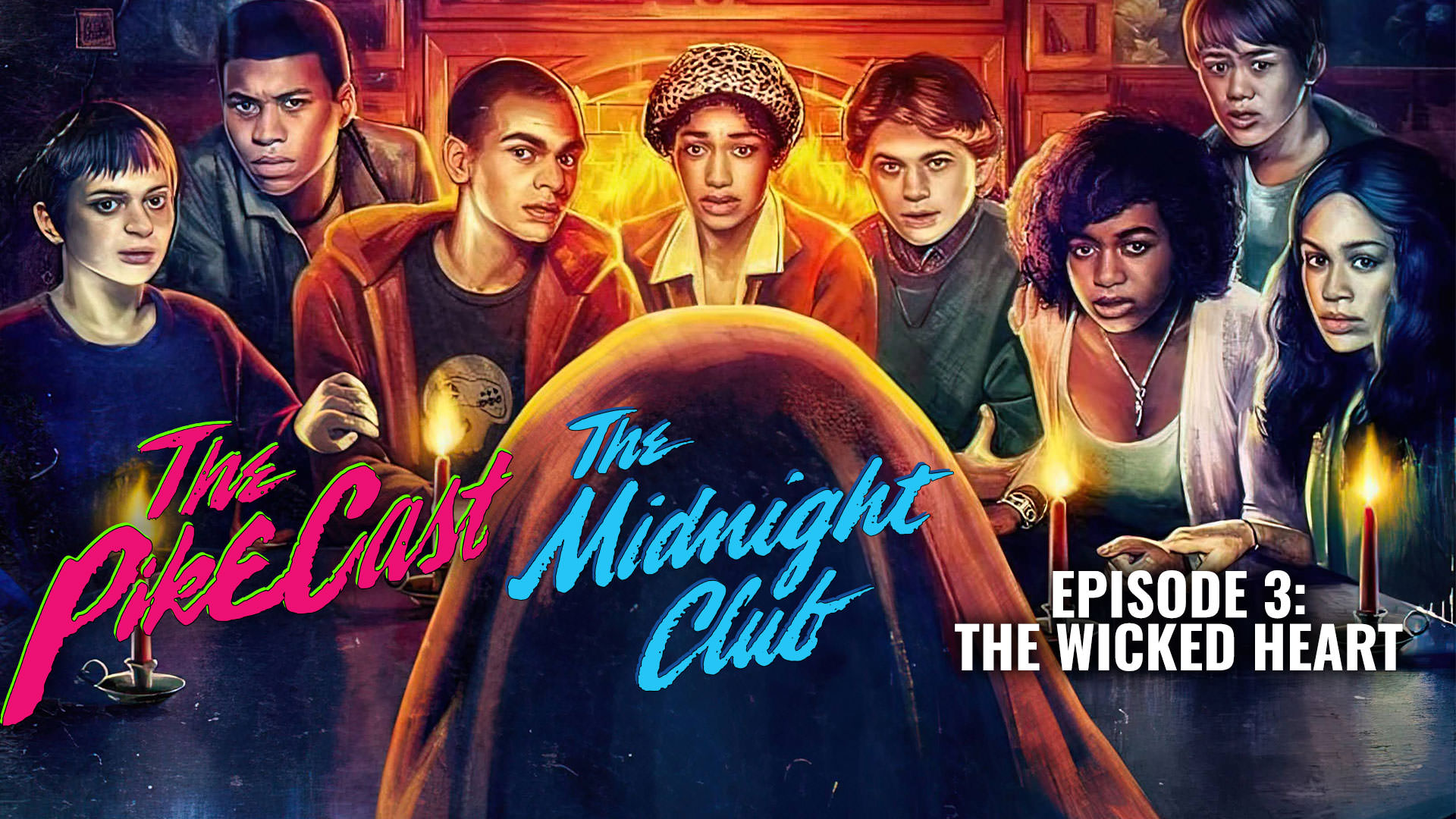 How about a hammer murder, Scarecrow?

The PikeCast continues their watchthrough of Netflix's The Midnight Club series by Mike Flanagan based on the works of Christopher Pike. This week is Episode 3: The Wicked Heart.

Ilonka reads Julia's case file and finds drawings with a symbol and the number “292.13”. Ilonka tells Kevin about the visions and whispering voices she's heard her entire life that are now telling her to look into Julia, but he doesn't take her seriously, since all of them have medication-induced hallucinations. Tristan, one of the Brightcliffe patients, dies. Afterward, Natsuki thinks she sees Tristan in her room and tells the other Midnight Club members, but they decide it's not enough to be evidence of fulfillment of their pact. Kevin tells the club a story about a teenage boy who is a serial killer. The story triggers Ilonka's memory, and she and Kevin follow Julia's symbol to a secret floor beneath the basement, where Ilonka sees a ghostly figure.