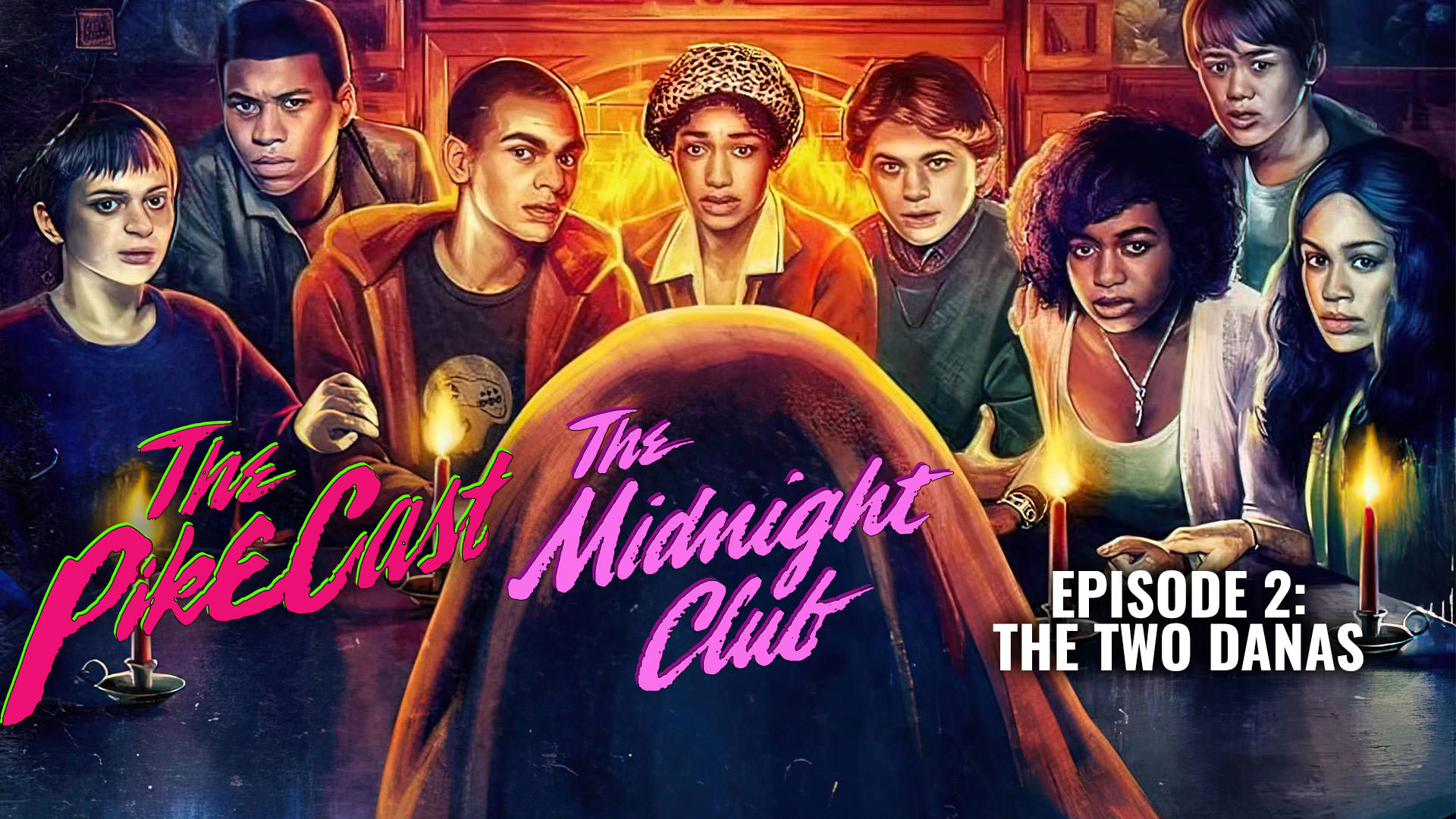 The PikeCast continues their watchthrough of Netflix's The Midnight Club series by Mike Flanagan based on the works of Christopher Pike. This week is Episode 2: The Two Danas.

Ilonka tries to investigate Julia and Brightcliffe's past as the headquarters of a cult named “Paragon”, but Dr. Stanton, who runs Brightcliffe, claims ignorance of both topics. Ilonka explores the woods around Brightcliffe and meets Shasta, a woman who lives nearby and believes in the land's healing properties. Anya sees a shadow with red eyes watching her. For Midnight Club, Anya tells a story about a ballerina who made a deal with the devil. Ilonka breaks into Dr. Stanton's office with Kevin's help, and steals Julia's case file. Afterward, Ilonka has a vivid vision where she sees Brightcliffe as it was in the past, and a ghostly old woman.